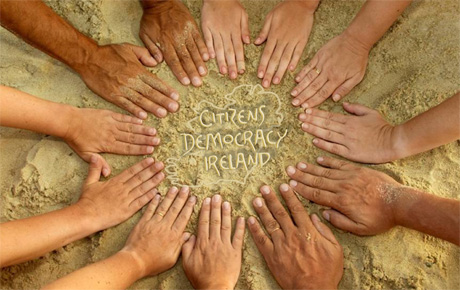 A confederal Ireland means a participatory democracy where everyone has more influence upon their government because the people become the government. This is called a sovereign democracy and is practised today in Switzerland, making it one of the most stable and prosperous countries in Europe. Most European nations are currently governed by representative democracies but their major flaw is that too much power resides with the politicians once they are elected. This system has alienated people, reflected in the low turnout at elections with over half the electorate not voting. A central tenet of participatory democracy is that the centralisation of government decision making is seen as a bad thing.

To prevent this from happening, a country can be organised into more autonomous communities or cantons (see Swiss constitution) with central government only making decisions in areas that effect the confederation as a whole.

Many people in Western society now feel that politics has been removed from them in the sense that they are disempowered from influencing government policy. This is especially so in the public sector work place where most employees are not allowed a meaningful role in decision making, an influence that is needed to provide a better service to the public. In a confederal Ireland (or a confederation in any country) autocracy would be a thing of the past.

It should be envisaged that around 80% of all acute medical procedures can take place in the small community hospital, provided staff are given the right training. A situation could be arrived at in the future (if the will was there) where only a very small number of patients are treated in a super specialist hospital. In fact, general consultant care should be seen as a specialism in itself and more doctors should be encouraged to take it up. The NHS is the best model of health care provided decision making powers on its delivery of care resides more with professionals at the point of delivery and with patients and relatives.

Currently what exists in the NHS is a system reminding one of a form of Institutional imperialism. This means that many patients and staff have little influence over policy that effects the quality of care provided - an anti-dialogical framework where genuine discussion to improve care is not encouraged. In the press, there are numerous times when it has been documented how some staff have said they are afraid to speak out when they want to highlight improvements that are needed. When things go wrong in the NHS (which can happen in even the most accomplished situations) there appears to be little easy transparency and accountability to learn and to have a culture of continual improvement.

These failings are mainly due to the system under which front line professionals have to work. This lack of accountability is a direct result of the impervious nature of our political system in Ireland and throughout these islands. The term 'centres of excellence' often used by by senior health officials, gives the impression that excellence in health care can only take place at the centre or in the super specialist hospital. Technology should be used for the patient in the sense of providing care nearer to his/her home and to up-skill doctors and nurses in general acute care where needed and requested. Within reason, there will always be a need for super specialists. 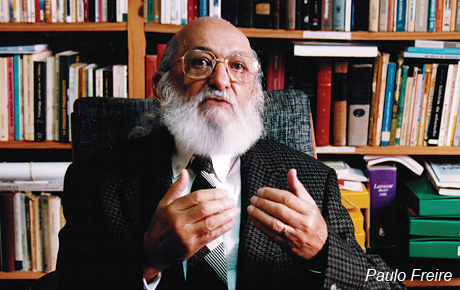 For education to take place there needs to be 2 factors: an inspiring teacher and freedom for students to learn. Just as a wild flower needs sunshine and water to grow, students should be free from an overbearing curriculum or exam driven system where high grades are viewed by the system as the measure of success. Instead; pupils, teachers and parents should be the drivers behind what is in the curriculum and each school should be encouraged to reflect its sense of place.

For example: pupils should be facilitated to visit local places of historical interest. Classes should be no bigger than 10 pupils, reflecting the thinking of the great educationalists such as Paulo Freire and Patrick Pearse. Rather than soaking up information to pass exams - students should be fostered to develop their strengths and to think independently so they can become true citizens in a people's democracy.

More autonomy for schools would provide the freedom for diversity to prosper and with pupils having more say on how to cater for their needs, learning would be better and the economy would be more prosperous. The current system of schooling in Ireland needs to be opened up in the above way and reflecting the educational ideas of the great thinkers in this field. The current system in the North of Ireland where many students are segregated according to their religion and upon a very questionable form of academic selection, needs to change if we are to build a better society for all.

Despite the injustices of globalisation and the economic imperialism that contributes so much to starvation in a world of plenty, economic interdependence is becoming more relevant. The main resource of any country should be its people. Switzerland has no major mineral deposits, yet it is economically advanced because it has liberated the talents of its people. Their knowledge in watch and clock making, use of hydro power, neutrality in time of war and their great institutions of learning have based their economy upon research. This would not have happened without the unique Swiss system of participatory democracy. Ireland today is economically dependent upon handouts from London and Brussels.

The goal in a New Ireland should be to move to a position of economic interdependence. Because the people of Ireland are divided and power is centralised in the corporations and parliaments of London, the Dail and Brussels, the talents of many people in Ireland are stifled, keeping the economy under developed.

In a New Confederal Ireland, a participatory democracy would create a better political framework for prosperity: a new currency could be established that would allow us to set our own interest rates and boost exports - something we can't currently do due to the dominance of the Euro and sterling. More investment and money could be attracted into the country that would greatly surpass the 9 billion currently paid yearly to the Northern administration and a new democracy would enable the people in the South to no longer be obliged to Brussels to pay debt that was largely not of the Irish People's making.